While traveling by bus in Brazil, Dr. Jeff Martin experienced something almost bizarre by American standards. He and his wife were the last people to board a crowded bus.  A young college girl stood to offer her seat, not to Mrs. Martin but to Dr. Martin! He was embarrassed, and tried to explain he looks older than he is, but she kept insisting he take her seat. He later learned that it is common in the Brazilian culture for older men to be treated with this type of respect and deference. This was only one of the dissimilarities they would encounter on their trip below the equator. 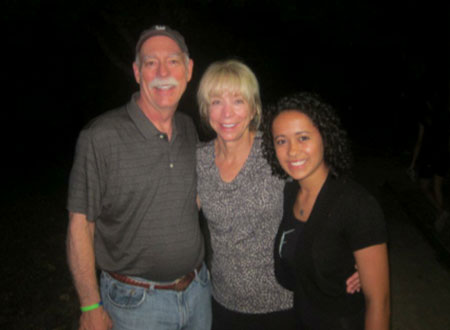 Local dentist, Dr. Jeff Martin and his wife Kathy were headed to the Davis Lar Orphanage located in Fortaleza, Ceará  located in northeastern Brazil. They were part of a group of doctors organized by a local church to provide the 65 or so orphans with medical and dental care. Those of you who know Dr. Martin know that volunteering his time and skill as a dentist is something he does on a regular basis. He and Kathy knew the area to which they were headed was poor, but nothing could have prepared them for the prevalence of abject poverty they saw. The children at the orphanage actually had better living conditions than most of the population in Fortaleza, where 90% of the people live in destitute conditions. In fact, some of the children at the orphanage still had living parents who just left them there because they could not care for them. The children at the orphanage are given a good education, healthy food, and medical and dental care. Many of them are able to break out of the poverty cycle.

In February of 2000, Californians Mark and Paige Anderson moved their family to Fortaleza to build the orphanage from the ground up. They visited many other orphanages throughout the world before they decided on the Davis Lar plan. According to Mark and Paige, “The orphanage focuses on the child victims of prostitution, drug trafficking, abuse, and abandonment, providing homes and restoring the children to spiritual, physical, and emotional health while reaching out to their families and communities.” Dr. and Mrs. Martin were eager to join the ranks of the many volunteers who have donated their time, energy, and resources to the orphans for the past 13 years. The orphanage is totally funded by donations.

A Walk Back in Time

Dr. Martin describes walking into the makeshift “dental office” at the Brazilian orphanage as walking back in time to the early 1970’s. The chair and equipment, all donated, were at least 30 years old. Since much of the equipment was similar to
what Dr. Martin had used as a young man, he was actually quite familiar with the obsolete set-up. One the girls who had grown up at Davis Lar and who was now a third year nursing student, acted as Dr. Martin’s assistant and translator. Along with cleaning teeth and filling cavities, Dr. Martin educated the children on proper dental hygiene. Working long days, he was able to provide dental care for each and every child living at the orphanage during his 10 day stay! 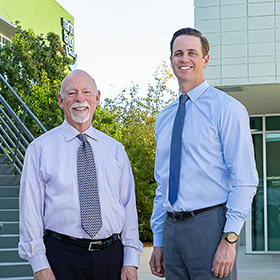