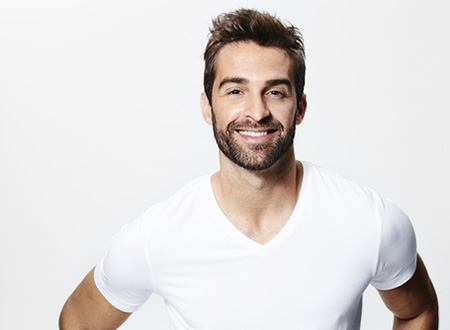 Are you feeling a tad overwhelmed about how many things suddenly seem bad for you? Some things make sense, like over processed food. It seems reasonable that the closer things are to their natural state, the better they would be for us. Fluoride is a naturally occurring mineral that at optimum levels, has been overwhelmingly proven to prevent tooth decay. So why all the recent concern over fluoride? For the same reason many public scares get more press than they warrant– lack of accurate information!

What is Fluoride and What Does it Do?

As we mentioned, fluoride is a mineral that occurs naturally in water. The level of fluoride varies depending on where you live. It is extremely useful in preventing cavities and making teeth stronger, and it does this in two ways:

Remineralization – if there is already some damage to teeth caused by acid, fluoride accumulates in the demineralized areas and begins strengthening the enamel, a process called remineralization.

Can You Have Too Much of a Good Thing?

Yes. Too much fluoride can cause a condition known as Dental Fluorosis. Excessive exposure to high concentrations of fluoride during tooth development in childhood can result in tiny white streaks or specks in the enamel of the tooth in mild cases of dental fluorosis. In severe cases of dental fluorosis, the tooth has more evident discoloration and brown markings. This condition is most often seen in areas where folks drink well water which contains fluoride at levels considered above the optimum. However you can also have too little fluoride. In the early 1930s, scientists found that people who were brought up in areas where the water was not naturally fluoridated had up to two-thirds more cavities compared to those who lived in areas with naturally fluoridated water. Several studies since then have repeatedly shown that when fluoride is added to people’s drinking water in areas where levels are low, tooth decay decreases.

So How Can You be Sure You Are Getting the Right Amount?

Fluoridation of community water supplies is simply the adjustment of the existing, naturally occurring fluoride levels in drinking water to an optimal fluoride level recommended by the U.S. Public Health Service (0.7 – 1.2 parts per million) for the prevention of tooth decay. Water that has been fortified with fluoride is similar to fortifying milk with Vitamin D, table salt with iodine, and bread and cereals with folic acid. Those who have well water should get their water tested to see if it falls within the optimum levels. Check with your dentist, physician, or public health department to learn how to have your home well water tested.

What do Health Authorities and Medical Associations Say about Fluoridation?

Adding fluoride to drinking water is endorsed by the WHO (World Health Organization), AMA (American Medical Association), BDA (British Dental Association), and the ADA (American Dental Association). Studies conducted throughout the past 65 years have consistently shown that fluoridation of community water supplies is safe and effective in preventing dental decay in both children and adults. Simply by drinking water, children and adults can benefit from fluoridation’s cavity protection. Today, studies prove water fluoridation continues to be effective in reducing tooth decay by 20 – 40%, even in an era with widespread availability of fluoride from other sources, such as fluoride toothpaste.

Back to Blog Page